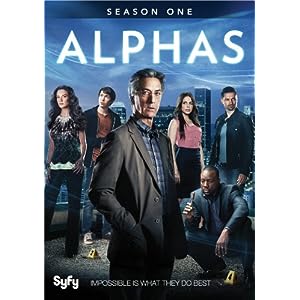 Could John Carter be causing other studios to turn a more critical eye on their big budget actioners? It seems that way, with Paramount pushing back the release of G.I. Joe: Retaliation by 9 months. The studio’s original claim was to make a 3D version, but not many bought that as the sole excuse. And now it seems that there is a lot more behind the delay.

Despite having started the marketing ball rolling months ago, and getting all the merchandise in place for the original June 29th release date, it appears that poor testing results on the film has them looking at it again, to the point they may want to completely rework the story.

One item appears to be the plan to kill off Duke Hauser at the beginning of the film. Hauser is played by Channing Tatum, who is suddenly seen as a big box office draw. Killing him off early would mean seriously limiting his draw for the film. Of course, delays and re-shoots are going to cost more – more money for Paramount to potentially lose if it doesn’t solve the problem – and as John Carter showed – let the public know they’ve solved the problem.

George Lucas to step away from Lucasfilm, go back to hobby movies

It seems that George Lucas is finally ready to give it up and go back to making films like he used to, like he’s been saying for years.

In an upcoming issue of British magazine Empire, TheForce.net reports that in an interview Lucas said, “I’m moving away from the company, I’m moving away from all my businesses, I’m finishing all my obligations and I’m going to retire to my garage with my saw and hammer and build hobby movies. I’ve always wanted to make movies that were more experimental in nature, and not have to worry about them showing in movie theatres.”

Still, we don’t know if he will really follow through this time. But at least there is hope that there won’t be any further revised versions of Star Wars…

Comments Off on George Lucas to step away from Lucasfilm, go back to hobby movies :george lucas, star wars more...

In next Monday’s Eureka, Fargo is convinced that Holly is still inside the Matrix computer, but the DOD is determined to wipe the hard drive clean-losing Dr. Marten forever. Tune in to Syfy at 9/8c and see what happens!
END_OF_DOCUMENT_TOKEN_TO_BE_REPLACED