Check out these cool character posters for Star Wars: The Force Awakens!

Check out these cool character posters released today for Star Wars: The Force Awakens – five characters each holding their weapon (except Leia, whose weapon appears to be information/strategy)…pretty awesome! 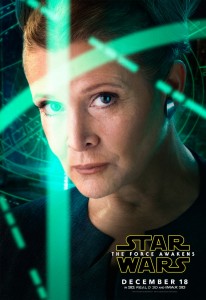 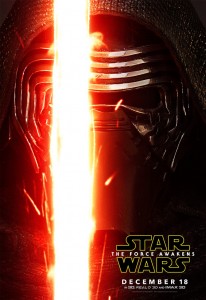 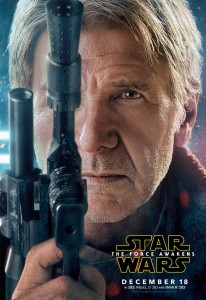 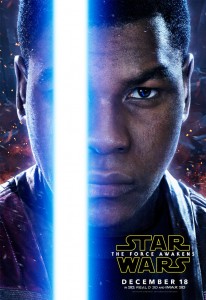 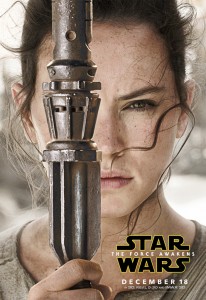 Comments Off on Check out these cool character posters for Star Wars: The Force Awakens! :star wars more...

Three weeks prior to the premiere of Syfy’s new ambitious series The Expanse on the network, the first episode will be available on a variety of VOD, TV Everywhere and digital platforms on November 23rd. The series, from Alcon Television Group, premieres on Syfy itself with a two-night premiere Monday, December 14 and Tuesday, December 15 at 10/9c, and continues on Tuesdays at 10/9c for the remainder of the season.

Said Dave Howe, President, Syfy: “The Expanse is the most ambitious series ever for Syfy, and early screenings are drawing high praise from critics and fans alike. With its cinematic feel, compelling characters, intense action and universal themes, it’s important for Syfy to provide the opportunity for as many people as possible to watch and fall in love with this series.”

Set 200 years in the future, The Expanse follows the case of a missing young woman that brings a hardened detective (Thomas Jane, Hung) and a rogue ship’s captain (Steven Strait, Magic City) together in a race across the solar system that will expose the greatest conspiracy in human history. The series is based on the New York Times bestselling book series collectively known as The Expanse, written by Daniel Abraham and Ty Franck (under the pen name James S. A. Corey).

Comments Off on Syfy will give a prelinear premiere for The Expanse across streaming and VOD services :syfy, the expanse more...

BBC One has given a green light to an ambitious series based on the rich universe of Philip Pullman’s [asin=0375847227]His Dark Materials trilogy[/asin].

The series follow the young orphan Lyra Belacqua, who exists in a parallel world to our own where each person’s inner self, called a daemon, has physical form outside their bodies in the form of a sentient animal. Their form can vary when the person is young but eventually take a single form as they grow older. Lyra and her daemon Pantalaimon (who has not yet fixed form) discover Dust, a strange particle that was being researched by her uncle, Lord Asriel, and may hold the key to travel around the multiverse.

The first book of the series, Northern Lights (a.k.a. The Golden Compass in the U.S.) was turned into a feature film in 2007 starring Daniel Craig and Nicole Kidman. However, the film suffered from starting in a world that needed a lot of exposition while trying to move the story forward at a rapid pace in limited time, as well as calls to boycott the film over the portrayal of parallel versions of the Catholic Church in the books (which was altered for the film to be less specific). It was a box office disappointment in the U.S. although internationally fared well, but it was decided not to press on with a sequel.

Production will take place in Wales for BBC One. Executive producers are Pullman, Jane Tranter and Julie Gardner for Bad Wolf; Toby Emmerich and Carolyn Blackwood for New Line; Bethan Jones for BBC One and Deborah Forte for Scholastic.

Comments Off on BBC One orders series based on Philip Pullman’s His Dark Materials :bbc, his dark materials more...