Steve Ditko, a comic book artist who co-created with Stan Lee the characters of Spider-Man and Doctor Strange, passed away. He was found in his apartment in New York on June 29th. He was 90.

He started out studying under Batman artist Jerry Robinson at the Cartoonists And Illustrators School in New York City, and in 1953 he went to work for Joe Simon and Jack Kirby. He created the character of Captain Atom in 1960 for Charlton Comics. He also drew for Atlas Comics (which became Marvel Comics in 1961), where he worked with Stan Lee and Jack Kirby. He left Marvel in 1966 and went back to Charlton, later DC Comics, returning to Marvel in 1979, and retired in 1998.

Harlan Ellison, one of science fiction’s most prolific writers and also contributed some of the best television episodes of Star Trek and The Outer Limits and was a consultant for Babylon 5 (and made a cameo appearance), passed away at home in his sleep unexpectedly today. It was announced by his wife via a friend, and confirmed by his agent. He was 84.

Ellison wrote uncountable stories, both classic and even horrible ones, the latter of which he would use his pseudonym of “Cordwainer Bird”, reserved for anything he felt wasn’t good enough. He worked on a number of TV programs, including creating the scripts for the Outer Limits episode “Demon With A Glass Hand”, and the Star Trek episode “City on the Edge of Forever”. He also developed a pilot script for a show that became The Starlost, which became an infamous example of creator-vs-producer interference among other problems that resulted in a subpar show (which was credited to Cordwainer Bird).

He was also a divisive figure, never afraid to give out an insult, and wasn’t afraid to sue over stories and rights. He famously sued over The Terminator, claiming it was derived from two of his Outer Limits episodes, the aforementioned “Demon…” and “Soldier”, and in an out of court settlement the producers were required to include his name in the credits. Early in the history of then Sci-Fi Channel, he has a regular segment on the show Sci-Fi Buzz, which he often wouldn’t say the name of (or the channel) because he detested the name “sci-fi”. He could be simultaneously entertaining and infuriating, which made him fascinating.

Actress Margot Kidder, best known for playing the role of Lois Lane in 1978’s Superman and three sequels opposite Christopher Reeve and perhaps the best remembered version of the character, passed away yesterday at her home in Montana, her manager confirmed. A cause of death was not given.

In addition to her Superman role, she also starred in The Amityville Horror in 1979. Those two roles propelled her to stardom in movies and TV shows. However in the 1990s she was diagnosed with mental health issues, and in 1996 made headlines when she disappeared for four days during a manic episode. She later got control of it and advocated for better mental health options. She most recently appeared in 2017’s The Neighborhood and had been making convention appearances.

Sadly we lost a brilliant mind today. Stephen Hawking, who has fought an amazing battle against ALS for decades, passed away this morning.

Hawking, despite being trapped in his body and only able to communicate via a computer speech synthesizer, was the world’s preeminent theoretical physicist, postulating many new models of physics including reconciling general relativity and quantum mechanics. At the same time, he tried to bring advanced physics to the masses as a best-selling author, his most famous work being A Brief History of Time. He was the Lucasian Professor of Mathematics at the University of Cambridge for 30 years, from 1979-2009.

Hawking was also a friend of the science fiction community, making cameo appearances in various shows including The Big Bang Theory, Star Trek: The Next Generation, and Futurama. SYFY has already announced that they will air seven episodes of Futurama including several that feature Stephen’s electronic voice tonight starting at 11pm ET.

He leaves behind three children and three grandchildren. His children released a statement: “We are deeply saddened that our beloved father passed away today. He was a great scientist and an extraordinary man whose work and legacy will live on for many years. His courage and persistence with his brilliance and humor inspired people across the world. He once said, ‘It would not be much of a universe if it wasn’t home to the people you love.’ We will miss him forever.”

The condolences and memories on Twitter are too great to cover here…but fellow physicist Neil deGrasse Tyson’s seemed appropriate:

His passing has left an intellectual vacuum in his wake. But it's not empty. Think of it as a kind of vacuum energy permeating the fabric of spacetime that defies measure. Stephen Hawking, RIP 1942-2018. pic.twitter.com/nAanMySqkt

Highly recognized fantasy and speculative fiction author Ursula K. Le Guin passed away yesterday at the age of 88, her son confirmed to the New York Times.

Le Guin, whose fiction spans multiple subgenres over 20+ novels and 100+ short stories, was full of rich visuals and anti-stereotyping, shying away from white male-led stories and being all inclusive. This earned her many accolades over the years, including being named the sixth Gandalf Award Grand Master by the World Science Fiction Society in 1979, the 20th Grand Master of the Science Fiction and Fantasy Writers of America in 2003, and a Living Legend by the Library of Congress in 2003.

His fellow Haven stars posted about him:
END_OF_DOCUMENT_TOKEN_TO_BE_REPLACED 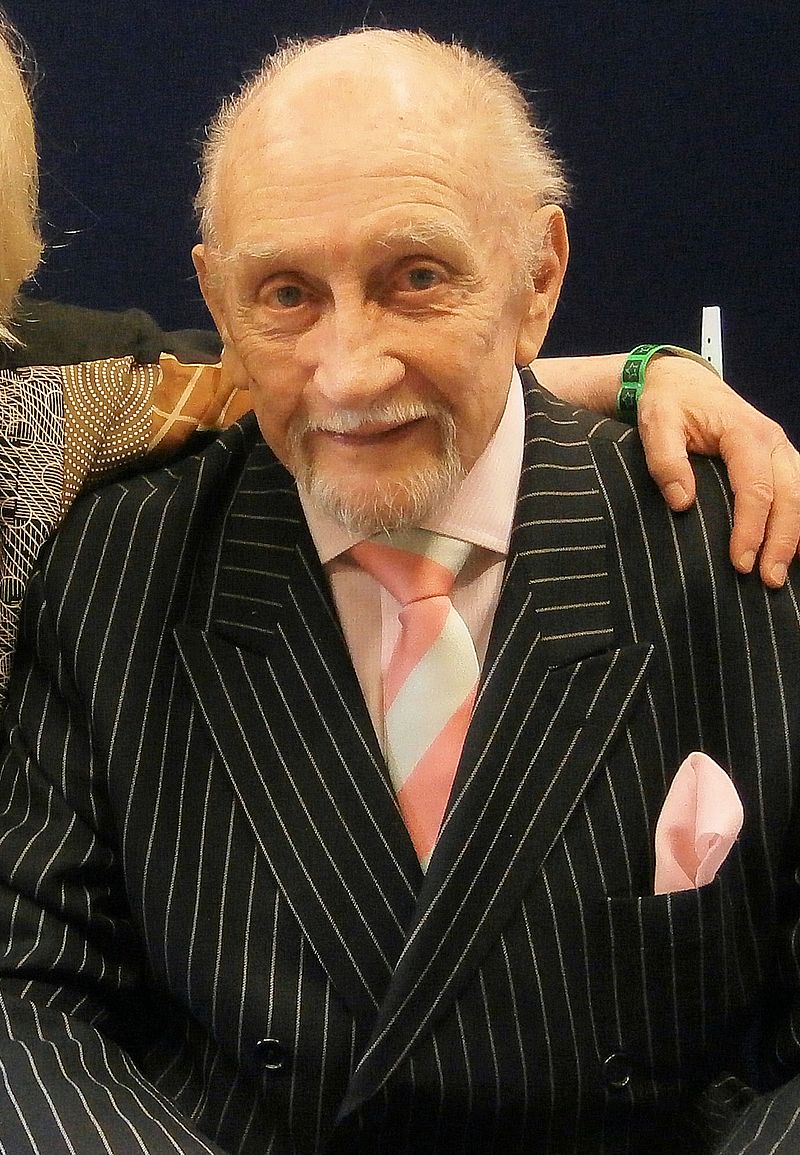 Author and technology pundit Dr. Jerry E. Pournelle passed away earlier today, according to messages from his son Alex and daughter Jennifer.

I cam across him in so many ways over the years, although we never had the chance to meet in person. I remember his columns in Byte magazine, one of my favorite parts of the magazine, where he discussed using the various things he was sent to review. And like Larry Niven he provided world building in his fiction stories. I was particularly enthralled by the CoDomunium setting, which I discovered through his collaboration with Niven in [asin=0671741926]The Mote In God’s Eye[/asin] and the sequel [asin=B005KSL45M]The Gripping Hand[/asin], where each author played off each other’s strengths.

I’d later encounter Pournelle again in the tech world through the This Week In Tech podcasts, where he was an occasional panel member.

We will certainly miss him.

Actor Richard Anderson, best known as the head of a secret government organization who oversaw The Six Million Dollar Man and The Bionic Woman, passed away yesterday at the age of 91 at his home in Beverly Hills.

Anderson rose to prominence when he was cast in the 1957 film Paths To Glory by Stanley Kubrick, a year after a smaller role but in the genre classic Forbidden Planet as Chief Engineer Quinn. A character actor who often presented as an authority figure, he played a number of military roles. But it was in 1973 in a series of TV movies and later a series on ABC about an astronaut rebuild with bionic parts after a crash where he became ingrained in our memories. That series then had a spinoff in The Bionic Woman, in which Anderson reprised his role on both series simultaneously. When The Bionic Woman shifted networks to NBC, he was the first actor to play the same role simultaneously on two different networks.

When both series ended in 1978, he was reappear in the role in a series of TV movies through 1994, after which he was largely retired.

Thomas Meehan, who wrote many various Broadway productions and book adaptations, passed away on Monday at the age of 88.

Meehan was best known as the writer of the musical Annie with songwriter Charles Strouse, was also a collaborator with Mel Brooks and helped to bring the latter’s 1967 movie The Producers to Broadway. He also worked on the book for Hairspray, making him the only person to have written three productions that each ran for more than 2,000 performances.

Another collaboration with Brooks resulted in the screenplay for Spaceballs, the standard for science fiction spoofs. He won three Tony Awards for Best Book from a Musical.

Comments Off on Thomas Meehan, writer of Annie and Spaceballs, 1929-2017 :spaceballs more...